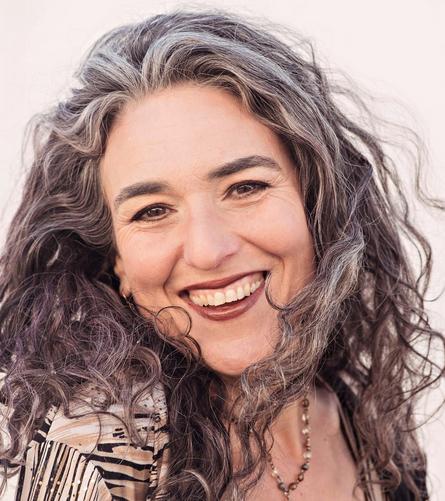 Erica has spent her life in the performing arts, and for over 30 years has been entertaining, performing and helping audiences tap into their magic within. During her varied and creative and varied career she has worked as an actress, theater educator, mime, director and clown.

Erica is passionate about (many things) but especially the place where performance magic meets real magick, and this is what is explored in her shows. Currently Erica is a magician, speaker, emcee, psychic entertainer and a rare gem, one of only a handful of female mentalists in the world. She is known for her charm and empathic abilities on stage, and has made over 5000 appearances nationwide. Her psychic show The Magic Within, Psychic Explorations with Erica Sodos ran for 10 years in Denver, making it the longest running Denver solo show.

Erica is a lover of nature and all things unseen, and portrays mystical characters including elemental faeries and elves, while teaching magical lore and divination techniques to people of all ages. She has been featured on NPR in a story exploring why female magicians are so rare, and is currently writing a comprehensive herstory book about women in magic.

Erica is also a compassionate vegan and activist, dedicated to creating a just world for all beings, and for six years has been working at an animal sanctuary leading tours which educate people about the amazing animals that share the planet with us. She is an avid baker, cook and creator of Vegan Enchantments, delectable goodies infused with magick.